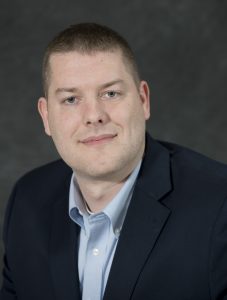 Short Bio:  I have been with Iowa DOT since 2007. I started my career working in Driver Services where I assisted customers getting their driver’s licenses and CDL’s back after being suspended. In 2010 I joined Motor Carrier Services where I was the system manager for the Oversize & Overweight permit program. During my time I oversaw the transition from an antiquated system using a combination of Lotus Notes and giant paper maps, to a modern cloud-based web platform. In 2018 I took over as the manager for Motor Carrier Services where I was responsible for overseeing the IRP, IFTA, UCR, and OS/OW permit programs for Iowa DOT. I will be starting a new position in Traffic Operations in September. In addition to my experience with the Iowa DOT, I am also a 20-year veteran of the U.S. Coast Guard and U.S. Coast Guard Reserve where I’ve had the opportunity to serve in various locations across the country, primarily in an Environmental Response and Legal capacity.

Video: Something You Would not know about me from looking at my bio or resume.