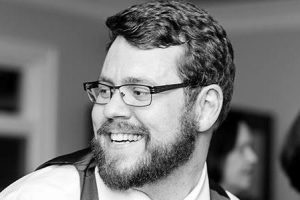 Short Bio:  I am the Traffic Management Center (TMC) Operations Manager for the Pennsylvania Department of Transportation (PennDOT), working for our Central Office. I support our Regional and District TMCs and provide oversight of PennDOT’s traffic operations. I have been in this position for about a year. I have been working for PennDOT for the last 9 years in various capacities. I started with PennDOT in 2011 as a Materials Technician in the aggregate testing lab (I played with rocks and sand). While I was working at the lab, I was also working to complete my Civil Engineering Degree at Penn State’s Harrisburg campus. In the spring of 2014 I graduated from Penn State with my Bachelors degree. In August, I accepted a position as a Civil Engineer Trainee. The Civil Engineer Trainee program exposes new engineers to many of the various functions of PennDOT over the course of 12 to 15 months. At the end of the training program in August 2015, I joined the Central Office Temporary Traffic Control Unit as a Civil Engineer. In 2016, I began working on a Master of Professional Studies in Engineering Management at Penn State Harrisburg. After I completed my Masters degree in 2018, I took a position with the Contract Management section, reviewing contract documents. I spent a year with the Contract Management section before taking my current position in October 2019 as the TMC Operations Manager.

Video: Something You Would not know about me from looking at my bio or resume.